Bishopstoke Players’ story began in 1939 when neighbours Mrs Gladys Elkins and Mrs Rene Buxey and daughters, Peggy, Maureen and Irene, together with Ron Burford, Margaret Elkins and other neighbours and friends, formed a Bishopstoke branch of the Young Leaguers Union, an organisation working to raise funds for the National Children’s Home.

Fundraising soon flourished in the homes and gardens of Bishopstoke’s Longmead Avenue where activities included the staging of short plays and sketches. This led to the formation of a drama section and in 1947 a separate dramatic society was created, to be known as the ‘YLU Players’. 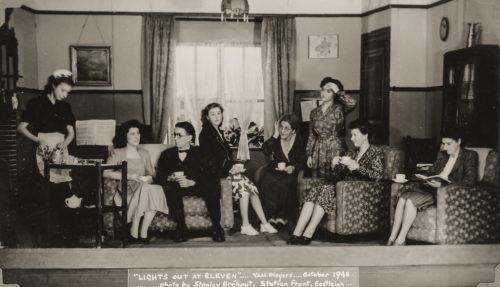 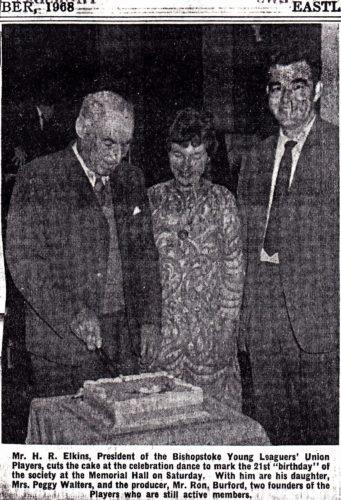 From the outset the society had two aims, those of raising money for the National Children’s Home and providing entertainment for the audiences and participants alike.

In the first year the society raised £40 for the NCH (now the usual annual donation is in the thousands). This was raised from 3 productions per year, often playing to full houses at the Bishopstoke Memorial Hall. 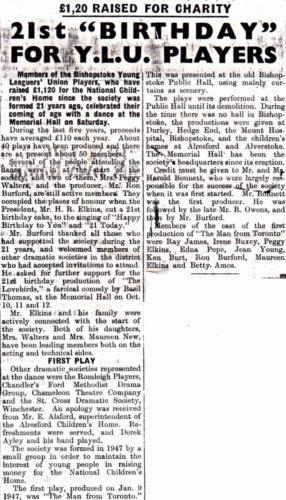 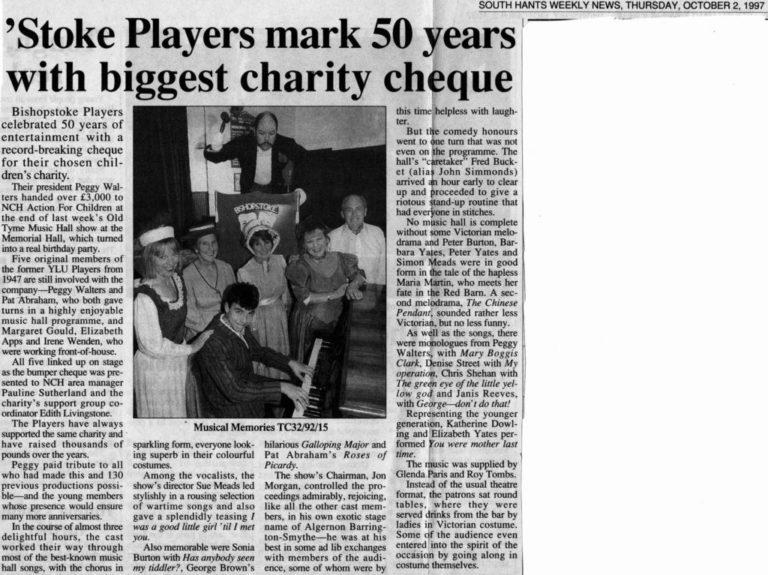 The early days saw problems with the storage of bulky scenery which has, at times, been stored in a coal yard, a barn and a butcher’s shop. Nowadays the society has its own purpose-built scenery store.

Comedy has always been the mainstay of the group. During the 1950s and 1960s, the company soon discovered that this was what the audiences preferred and what its members enjoyed staging. Dramas were included from time to time for variety.

In the 1970s mysteries and serious dramas such as “Murder at the Vicarage” and “The Miracle Worker” were successfully included. The 1980s saw some more outrageous comedies such as “Not Now Darling” and “Don’t Just Lie There, Say Something”. The 1990s continued in similar vein but with some poignant plays too like “Steel Magnolias” and “Out of the Sun”, the latter being produced to coincide with the 50th anniversary of V.E. Day.

Around the turn of the century, the Players added several Old Tyme Music Halls to their repertoire and started regularly performing pantomime. 2016 saw their first venture into Shakespeare with a well-received production of “Much Ado About Nothing”.

Performances had always been held in Bishopstoke Public Hall and then Bishopstoke Memorial Hall but in 2001 the players decided successfully to transfer one of their shows to the professional stage.  So it was that ‘Bouncers’ by John Godber made its way to the Theatre Royal, Winchester.

With the sad demise of Bishopstoke Memorial Hall in 2021, and performances having been halted in 2020/21 due to the coronavirus pandemic, the Players retrospectively found that they had performed their final show at the Memorial Hall with the pantomime ‘Cinderella’ in January 2020.

Since 1986 the Players have regularly participated in one-act drama festivals, performing across the south of England, often with self-penned plays.

The society still performs 3 productions a year – generally in January, May and September. Now, Bishopstoke Players (the ‘YLU’ was dropped in the 1980s) goes from strength to strength with the addition of Pantomime and Shakespeare to the mixed repertoire of dramas and comedies. 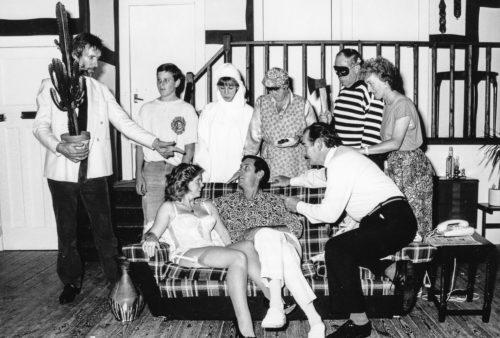